The U.S. Census Bureau released the first detailed dataset from the Census 2020 count on August 12, 2021. This “Decennial Census P.L. 94-171 Redistricting” dataset includes population counts by race and ethnicity in two age groups including under-18 and 18-plus as well as housing unit counts by occupancy status. The full PL-94 dataset encompasses Census count information for geographic levels including state, county, tract, block-group, block, and congressional-district. On this webpage UMDI has developed interactive data dashboards to display the Census 2020 population totals, population change, population by race and ethnicity, and housing unit information at the city and town level. Scroll below the dashboards to find a link to individualized municipal summaries and downloadable tables. For additional information on the Census Bureau’s Census 2020 data releases, visit the Bureau’s Census 2020 webpage. 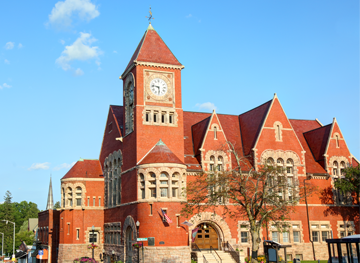 The 3-page summary report for each city and town includes information on population totals, population change, population by race and ethnicity, and housing unit information in historical and state context.

Select your city or town here 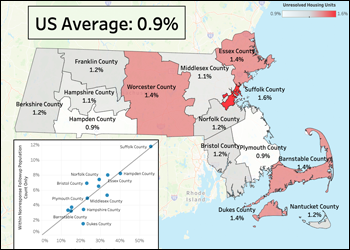 Donahue Data Dash: Census 2020 Operational Quality Metrics for Massachusetts Counties and Tracts
On October 6th, 2022, the U.S. Census Bureau released operational quality metrics for the 2020 Census at the county and tract level. These metrics are useful for understanding how the Census 2020 data was collected, at what rates the data was collected, and the quality of the data. The UMass Donahue Institute’s Population Estimates Program performed an analysis of the Census operation quality metrics for Massachusetts counties and tracts which explores the various metrics associated with self-response rates and the non-response follow-up program. Below is an interactive dashboard showing various maps and charts that visualize the Census 2020 operations quality metrics for both levels of geography as well as a link to the full report with further details on the process and metrics. For more information on the Census operational quality metrics, see the technical documentation tile on the dashboard or the background section of the full report.
View the release. 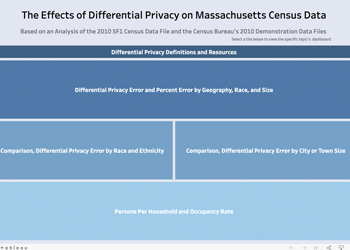 For additional detail on the effects of differential privacy on Massachusetts Census data, please read the following: 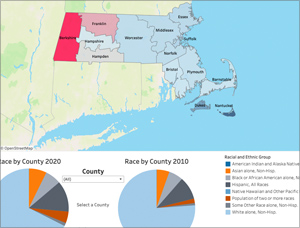 Massachusetts Census 2020: County Level Population
On August 12, 2021, the U.S. Census Bureau released its first wave of population data from the 2020 Census count – the PL-94.171 Redistricting Data. In terms of sheer population numbers, the largest gains in population since the 2010 Census were seen in Middlesex at 128,917 followed by Suffolk at 75,913 and Essex at 66,670. Only two Massachusetts counties, Franklin and Berkshire, lost population between Census 2010 and 2020, with a loss of 343 in Franklin and 2,193 in Berkshire.
View the release. 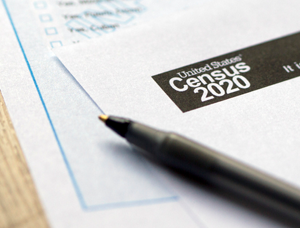 Census 2020 Count for Massachusetts
On April 26, 2021, the U.S. Census Bureau released the Census 2020 apportionment data, including the resident population, overseas population, and total population enumerated for each state in the 2020 decennial Census. State total population counts, including overseas population, are used to apportion congressional seats among the 50 U.S. States while resident population counts (excluding overseas) are used to determine the population in each sub-state legislative district. This state-level apportionment data represent the first official population numbers coming out of the 2020 Census count for Massachusetts.
View the release.

Census 2020 Population by Race Alone/Non-Hispanic and Hispanic of Any Race for the U.S., Massachusetts, MA Counties, and MA Cities and Towns, and 2010 to 2020 Change