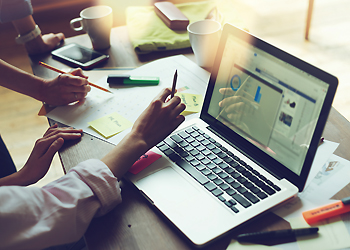 Since 1997, the MassBenchmarks Current Economic Index (CEI) has been providing estimates of real gross state product (GSP) growth, the most comprehensive coincident indicator of economic growth in the Commonwealth. The CEI is compiled and analyzed quarterly by Northeastern University Professor Alan Clayton-Matthews, MassBenchmarks Senior Contributing Editor. Since 2002, MassBenchmarks has released an estimate of GSP each quarter concurrently with the U.S. Bureau of Economic Analysis' (BEA) estimate of national growth (growth in U.S. real gross domestic product or GDP). This approach was adopted to provide a very timely estimate of the growth trajectory of the state economy, as well as to create a useful comparison of regional and national growth trends and economic performance in "real time."

Recently, the BEA began releasing its estimates of GSP with a shorter lag time. This development improves our understanding of the performance of the state economy. Furthermore, changes in the BEA's GSP release provide us with detailed data that make possible a recalibration of the methodology for both the MassBenchmarks CEI and the Leading Economic Index.

The new BEA data releases provide early estimates of state economic growth, but still lag the release of the national GDP report by four to five months. Accordingly, for the most recently completed quarter, we will continue to release the CEI at the same time each quarter that the BEA releases its estimate of national growth. However, effective immediately we will utilize the BEA's estimates of state growth as the basis for our assessment of historical growth as soon as they become available. In the past, we did not report BEA's quarterly estimates because they were initially "prototype statistics" (BEA's characterization), and the BEA did not begin to report current year quarterly estimates until December 2015.

Given that the MassBenchmarks Current Economic Index (CEI) for Massachusetts is calibrated to grow at the same long-term average rate as real gross state product as estimated by the BEA, MassBenchmarks has changed the methodology for adjusting the CEI. Professor Clayton-Matthews is now incorporating a two-step adjustment process. The first step is designed to improve the way in which the CEI accounts for state and national productivity differences. The second step, which is new, is designed to remove the influence of cyclical factors from the estimation process. These changes will be explained in detail in an article currently being prepared by Professor Clayton-Matthews that will be published in the 20th anniversary issue of MassBenchmarks, scheduled to be released this Fall.

One question that arises is how does economic growth in Massachusetts compare to that of the U.S. in light of the new quarterly GSP estimates from the BEA? Since the BEA benchmarks the new quarterly estimates to their annual estimates, the comparison of the annual growth of Massachusetts as compared to the U.S. has not changed. Massachusetts grew faster than the U.S. during the great recession and in the early stages of the recovery through 2011; grew slower than the U.S. in 2013 and 2014 – according to the BEA, the Massachusetts economy contracted in 2013; and grew faster than the U.S. in 2015. What the new quarterly estimates add is an earlier look at how the state has been growing in recent quarters, and the pattern of growth over the course of the year. Combining BEA's estimates of growth in the first three quarters of 2016 with MassBenchmarks' estimate for the fourth quarter, it suggests that in 2016 GSP in Massachusetts grew 1.5%, versus 1.6% for the U.S. BEA's estimates also suggest more volatility in quarter-to-quarter growth than that of the nation. This discussion can be seen in the first of the charts accompanying this release.

To give a feel for how well the new adjustment procedure aligns MassBenchmarks' estimates with those of the BEA, the BEA and MassBenchmarks' CEI-adjusted estimates for annual real Gross State Product growth since 2000 are presented in the next graph. If over time there is close agreement on the timing and amplitude of business cycles and on the short-term level of economic growth, then we can be reasonably confident that MassBenchmarks' current estimates are reliable estimates of current growth in real-time. As noted earlier, MassBenchmarks will always use the latest available BEA estimates to describe historical patterns of state growth.

As can be seen in following chart, our estimates are well aligned with those of the BEA and give the same portrayal of how growth has varied over the business cycle. Both show very rapid growth at the end of the "dot com" boom in 2000, followed by a sharp slowdown in the following two years. After a return to moderate growth, both track the sharp slowdown in 2008 followed by the contraction in 2009, and the strong beginning to the current expansion in 2010. Since then, MassBenchmarks estimates have indicated a somewhat smoother growth trajectory than those of the BEA, but roughly of the same magnitude. The BEA's estimate for 2016 will be available in May.

Since our founding, the editors and staff of MassBenchmarks have been committed to providing its readers and the Commonwealth's political, business, and labor leaders with access to the best available data and analysis on the Massachusetts economy. The changes described above are designed to do just that. Going forward we will continuously refine and improve the effectiveness of our efforts to provide the Commonwealth with objective and timely analysis and insight into the condition of the Massachusetts economy, and the conditions that influence its competitiveness and performance.

For a full breakdown of the latest indexes, click here. A comprehensive analysis of the state of the Massachusetts economy can be found in the most recent issue of MassBenchmarks.