Current economic recovery leaving many regions and residents behind 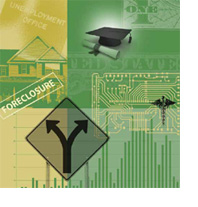 A new University of Massachusetts analysis released today finds that the Commonwealth's relatively robust economic recovery has not yet reached a large number of the Commonwealth's regions and residents and a decades long trend of widening economic inequality across the state has worsened notably in recent years.

"Rising income inequality across Massachusetts reflects a divergence of the destinies of many Bay State families, communities, and regions," write UMass Professors Michael Goodman and Robert Nakosteen in their most recent analysis of the state of the state economy for MassBenchmarks, the journal of the Massachusetts economy published by the UMass Donahue Institute in collaboration with the Federal Reserve Bank of Boston. "While this pattern is by no means new, it is clear that recent events have served to exacerbate the inequality that has become a disturbing fact of life in the contemporary Massachusetts economy."

The analysis finds that:

University of Massachusetts President Robert L. Caret said that education is key to addressing economic disparities. "Increasing education attainment and spreading the opportunity to benefit from the Bay State's global leadership in the innovation economy to our working families and communities outside Greater Boston will be critical to reversing these trends," he said. "The future economic and social health of the Commonwealth is dependent on that outcome."