Continued economic recovery for Massachusetts and the U.S., observes the MassBenchmarks Editorial Board

Real GDP increased in the third quarter of 2021 despite rising uncertainty related to the labor market, inflation, and the Omicron variant. 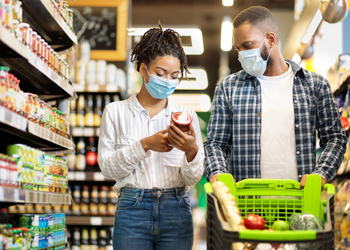 The most recent MassBenchmarks Board meeting confirmed continued economic recovery following the COVID-19 crisis despite rising uncertainty surrounding the labor market, the inflation outlook, and the Omicron variant. Massachusetts has recently been doing as well or better than the U.S. economy by most indicators, with the exception of the unemployment rate. In the third quarter of 2021, both Massachusetts and the national real gross domestic product (GDP) increased at a 2.0 percent annualized rate, but both were substantially lower than the previous quarter when annualized growth was 8.0 and 6.7 percent, respectively, according to the U.S. Bureau of Economic Analysis (BEA).

Despite the recent gains in the Massachusetts economy, significant concerns persist regarding inequalities in unemployment, declines in the labor force size, volatility in the labor market between available job openings and workers leaving positions, and inflation. The gap between the unemployment rates of Massachusetts' non-Hispanic white workers and workers of color has decreased slightly since the early days of the pandemic but is still wider than it was before the pandemic. In terms of nonfarm payroll employment, the U.S. is still about 2.6 percent below its February 2020 peak, while Massachusetts is 4.6 percent below peak (a deficit of more than 172,400 jobs) according to the U.S. Bureau of Labor Statistics. Labor force participation in the state continues to be higher than that of the U.S. but is declining among workers under 25 years of age and 55 and over. This is partially due to the growing—and higher than expected—share of the U.S. population which is retired, driven in part by older workers retiring during the pandemic. It remains to be seen if some of these individuals re-enter the labor market as the economy continues to recover or if these workers continue to stay out of the labor force (BLS).

Massachusetts' labor force grew by 18,800 from November 2020 to November 2021. The latest quit rate for the state (the number of employees who quit their jobs as a share of employment) is higher than in previous months but among the lowest in the nation. At the national level, quit rates tend to be highest in retail and other services (which includes personal care services, religious organizations, and automotive repair and maintenance)—two industries disproportionately impacted by the pandemic, involve more face-to-face interactions and interfacing with the general public, and are typically lower paying. While industry-level quits data are not available for the state, several Board Members suggested the high levels of educational attainment and industry mix in Massachusetts may explain why the quit rate (while elevated) is lower in Massachusetts than the U.S. Regardless, elevated quit rates in low wage sectors—a greater willingness to switch jobs—signal some changes in worker empowerment.

The Board spent significant time in the meeting discussing the rise of consumer price inflation—which (post-meeting) just notched a 39-year high of 6.8 percent on a year-over-year basis for the U.S., according to the most-cited measure. The debate centered on the extent to which the recent surge in inflation reflects supply chain issues as opposed to increased demand in response to monetary and fiscal stimulus measures. No sharp conclusions were reached regarding those questions, but the implications of elevated inflation for real wages were relatively clear. Massachusetts wage and salary income increased at a 13.8 percent annualized rate while wages and salaries nationwide grew by 9.9 percent (annual rate) in the third quarter. However, year-over-year, real average weekly earnings across the private sector (nationwide) declined slightly when adjusting for increases in the Consumer Price Index for all Urban Consumers (CPI-U). Furthermore, movements in real wages are likely to differ for different types of workers. For example, recent wage gains (as well as employment gains) are concentrated in low wage sectors such as leisure and hospitality, industries decimated by the recession and compromised even during the recovery owing to pandemic-related restrictions.

As has been the case throughout the pandemic, uncertainty defines the immediate outlook for the state and national economy. While most indicators show an economy bouncing back well following the COVID-19 recession, rising case rates and new variants of the virus continue to cloud the long-term outlook for the economy, especially to the degree that the pandemic continues to hamper labor force participation and damage supply chains.