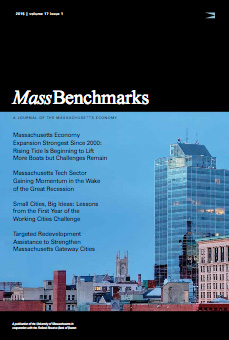 Massachusetts Tech Sector Gaining Momentum in the Wake of the Great Recession
A profile of the state's technology sector and its subsectors reveals their continued vitality and significant impact on the Massachusetts economy and its sectors.
• Branner Stewart and Rebecca Loveland