Q2 shaping up to be the worst in the recorded history of the Commonwealth, declares MassBenchmarks Editorial Board 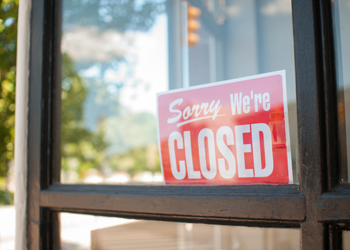 During our most recent editorial board meeting, board members discussed the unprecedented human and economic toll of the COVID-19 pandemic. Between March 15th and May 30, Massachusetts received over 1.4 million new claims for unemployment insurance, including over 457,000 through the Pandemic Unemployment Assistance program, which extends coverage to non-payroll and gig economy workers. This represents nearly 1 in 3 of the Commonwealth's 3.8 million workers. In April, the official state unemployment rate was 15.1 percent. As we enter June, current and continuing unemployment claims imply an unemployment rate of over 20 percent. On an annualized basis, it appears that the gross state product in Massachusetts may decline on the order of 50 percent in the second quarter. Of course, an annualized rate of change assumes the quarterly rate of change persists for an entire year, which appears unlikely.

Nevertheless, state economic performance in the second quarter of 2020 is shaping up to be the worst in the recorded history of the Commonwealth. While board members agreed that the economic damage from COVID-19 is probably greatest in the current quarter, they were similarly unanimous that projecting the path of the economy is highly uncertain and more about future epidemiological conditions than economic fundamentals. Adding to the pandemic's unprecedented effects are protests that erupted across the nation in response to the tragic police killing in Minneapolis, which occurred after the Editorial Board met.

Thus far, the pain associated with our dramatic reversal of fortune is being disproportionately borne by sectors of the economy that require face-to-face interaction, rely upon domestic and international travel, or involve other pandemic-inconsistent behaviors. These include the entire sector designated Leisure and Hospitality, including restaurants, hotels, museums, theaters, and amusement parks. Retail and other broadly defined service industries have largely shut down apart from online and curbside sales and essentials such as groceries. Leading employers and numerous healthcare and higher education institutions face major financial challenges brought upon or worsened by the pandemic. Across the Commonwealth, small businesses and densely populated urban areas, especially those most reliant on frontline service jobs, have shouldered the heaviest burden thus far. Both the public health and the economic consequences of the pandemic are exacerbating socioeconomic and regional inequalities that have long plagued the Commonwealth.

The outlook for the Massachusetts economy, and the pace at which it will recover from the pandemic, depend heavily on an effective public health response in coming months. As the economy opens across the country, our economic future will depend not only on the schedule for reopening but on adherence to social distancing and the continued wearing of masks, both in the workplace and in public. Key to a sustainable reopening will be a comprehensive and scientifically sound testing program, addressing asymptomatic and potentially contagious individuals as well as antibody testing. To date, testing capacity has proved inadequate and often inaccessible to most individuals and employers.

The more optimistic recovery scenarios assume high compliance with social distancing requirements, including mask wearing. In these recovery scenarios, the economy—both national and state—starts a steady but slow comeback later this year. What some have termed the "swoosh" recovery scenario (resembling the Nike logo) also assumes no subsequent waves of the virus at levels that require additional broad shutdown orders. In the less optimistic scenarios, poor compliance with public health guidance and/or subsequent viral waves extend the length and depth of the downturn, including the possibility of a second and very economically costly shutdown.

An additional wild card is whether the public will fully reengage as shutdowns are lifted and restrictions that have limited commercial, recreational, and business activities are loosened. If consumers, workers, and employers feel unsafe to resume their normal activities and spending patterns, the lifting of restrictions alone may be insufficient to permit many of these businesses, particularly smaller firms, to survive. For example, simply reopening the economy does not mean that consumers will feel comfortable riding public transit, eating out, making travel plans, or attending live events.

More permanent changes in behavior and preferences seem likely, but it is not yet clear what form they will take. One obvious implication of the distancing guidelines is that they significantly reduce the productivity of a number of industries. For example, restaurants will be required to space tables farther apart than normal, considerably reducing the number of paying customers they can serve at any given time. Additionally, the widespread adoption of telecommuting during the shutdown will likely make it a more attractive option for employers. This could have significant negative implications for local and regional commercial real estate markets in the longer run. On the other hand, reduced commuting would help relieve some of the severe congestion and housing pressure in the Boston area and even provide associated environmental benefits.

Meanwhile, the pandemic is accelerating experimentation with different work technologies affecting all levels of education; the trend towards automation more broadly is threatening less skilled and routine jobs. At the same time, the pandemic and changing technologies are creating economic opportunities. For example, there is emerging demand for services. Examples include online and hybrid instruction; cleaning services to meet rigorous new protocols; and new demands for workers in clinical laboratories, engaging in contact tracing, and PPE production.

In these uncertain and difficult times, policymakers are well advised to heed the Hippocratic command to, "first, do no harm." At the state and local level, where balancing the budget is a constitutional requirement, this means taking action to avoid imposing painful cuts to the Commonwealth's cities and towns, school districts, community colleges and universities, and programs that serve the state's most vulnerable residents. Cuts to critical services and programs may serve as a "double whammy" for a number of the Commonwealth's most vulnerable communities, which have already been deeply affected by the pandemic. Furthermore, in the current environment, state and local budget cuts would directly undermine a nascent economic recovery by relegating more Massachusetts workers to the unemployment line and the MassHealth rolls. This pandemic has made it very clear how reliant we are on frontline workers. In Massachusetts, state and local government employs 11 percent of all workers, including most of the state's educators and all of its public safety and first responders.

The case for substantial federal fiscal aid to the states is compelling. Even if such aid is forthcoming, numerous state fiscal forecasts make it clear that our state and local leaders will not likely be spared from some very difficult choices in the months ahead. State leaders should consider tapping current revenue reserves and exploring new revenue options even as they understandably seek cost-cutting efficiencies in these difficult times.

While raising tax rates during a downturn may seem counterintuitive to many (and, admittedly, painful to small business owners and others whose incomes have fallen in the wake of the pandemic), in a depressed economy operating substantially below its capacity, the overall economic cost of a tax rate increase may be justifiable by the positive impact of added government spending. This is mainly due to the fact that more public spending will circulate through the local economy while some of the private funds used to pay the increased tax would be saved rather than spent. As the economy recovers, any tax rate increases can be returned to their current level as key fiscal and economic benchmarks are achieved, an approach recently deployed to automatically lower the state income tax.

The coming months will be very difficult but, if our households, businesses, and institutions can be protected from the pandemic's spread and sufficiently buffered from its economic aftermath, the Commonwealth will be much better positioned to recover more quickly whenever both economic and public health conditions return to some semblance of normalcy. While that may begin as soon as later this year, a full recovery from recent economic and fiscal shocks will take much longer.

This summary reflects the discussion of the members of the Editorial Board of MassBenchmarks at its meeting on May 28, 2020. It was prepared by Executive Editor and UMass Amherst Professor Robert Nakosteen and was reviewed and edited by the members of the Editorial Board. While discussion among the Board members was spirited and individual Board members hold a wide variety of views on current economic conditions, this summary reflects the consensus view of the Board regarding the current state of the Massachusetts economy.

Back
Home
Business GroupsEconomic and Public Policy ResearchMassBenchmarksExcerpts from the Board - June 9, 2020
Top of Page