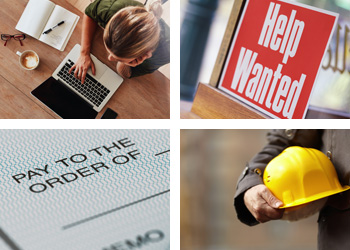 The Massachusetts economy has appeared to slow in recent months even as the state continues to add jobs at a solid pace. The recent rise in the state unemployment rate has been driven by the return of inactive workers to the labor force rather than growing joblessness. These developments continue to raise concerns about the extent to which the performance of the state economy is being restrained by emerging and long-standing shortages in key occupational niches and an inadequate supply of skilled and unskilled labor in those areas of the Bay State where labor demand continues to be strong. Yet wage growth remains sluggish and is not rising as we would expect given the current economic environment.

Much of our Board meeting was spent discussing these issues and the puzzling patterns that characterize recent regional labor market trends. That the state's labor market is tightening is beyond debate at this point. Since the end of the "Great Recession" in late 2009, the state unemployment rate has fallen from a high of 10 percent to its current rate near 4 percent. Over this period, total employment has grown by 385,400, the working age population has increased by 316,300, and the labor force has grown by 239,000. In other words, employment in Massachusetts has grown considerably faster than both the working age population and the labor force. Employers report that it is increasingly hard to fill jobs. Job vacancies now significantly exceed new hiring. And yet, wage growth in the state has been near zero when adjusted for inflation. This is a puzzle that has significant economic and fiscal implications for the Commonwealth that one Board member termed, "wage-less job growth."

There are some broad macroeconomic factors that have clearly contributed to anemic wage growth. An important culprit is slow growth in labor productivity. Over the long run, real pay increases cannot exceed the growth in productivity. And while there is considerable debate about the causes of slow productivity growth, there is little dispute about its negative impact on wage growth. Another likely factor is the decline of labor unions, and the more recent rise of the "gig" economy, both of which have diminished bargaining power for workers.

There is also some reason to believe that the declining pricing power of firms in some sectors of the economy has hampered their ability to raise wages. And rising health care costs are consuming resources employers might have used to raise employee wages in settings where these benefits are provided. Additionally, the aging of the workforce and the rising number of retirements have allowed some employers to replace their more experienced and more highly paid staff with younger and presumably lower-paid new staff members.

In any case, in the absence of productivity improvements, higher prices for goods and services is the remaining route to higher real wage levels. If this possibility is foreclosed due to the intensity of domestic or global competition, and/or insufficiently robust aggregate demand, we can expect to continue to observe stagnant wage growth, increasing financial challenges for Massachusetts households, disappointing state tax receipts, and a slowing state economy.

This summary reflects the discussion of the members of the Editorial Board of MassBenchmarks at its meeting on June 16, 2017. It was prepared by Executive Editor Robert Nakosteen and was reviewed and edited by the members of the Editorial Board. While discussion among the Board members was spirited and individual Board members hold a wide variety of views on current economic conditions, this summary reflects the consensus view of the Board regarding the current state of the Massachusetts economy.

Back
Home
Business GroupsEconomic and Public Policy ResearchMassBenchmarksExcerpts from the Board - June 28, 2017
Top of Page