"Uncertainty will continue to be the watchword," declares MassBenchmarks Editorial Board 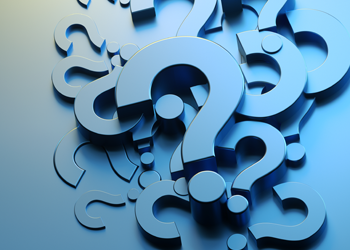 At our December 2019 meeting, the MassBenchmarks Editorial Board was greeted with a set of much more positive indicators and trends in the regional economy than was the case just three months ago. At our previous meeting the consensus view was that the Massachusetts and U.S. economy continue to expand but there was increasing concern centered mainly around limitations in the available labor supply, softening demand, and considerable national policy and geopolitical uncertainty.

Recently released data reveal stronger growth in gross state product since mid-2017 than previously reported. These revised data improve our understanding of the recent economic history of the Commonwealth. The Bureau of Economic Analysis (BEA) estimates that Massachusetts gross state product expanded in the third quarter of 2019 at 2.2 percent annualized rate, much higher than the MassBenchmarks preliminary estimate of Q3 growth of -0.2 percent (released last October).

Additionally, some of the more concerning sources of domestic and international uncertainty appear to have stabilized in recent months. These include the passage of the United States-Mexico-Canada Agreement (USMCA), a looming resolution to the Brexit situation, and a cooling of trade tensions between the U.S. and China. These encouraging signs reduced uncertainty about the future and likely help to explain the strong business confidence in Massachusetts, as reflected in the most recent Associated Industries of Massachusetts Business Confidence Index.

A similar uptick in confidence about prospects for the national economy can be seen in the Wall Street Journal's monthly survey of economists, which, among other things, asks about the probability of recession in the next year. This survey documented increasing concern about the prospects for a recession last Summer, a more moderate level of concern last Fall, and diminishing concern in the last two months of the year — another clear indication of rising optimism about the outlook for the national economy.

Massachusetts continues to experience job growth in the education and health services industry and professional and business services. Within professional and business services, accounting, consulting, and scientific research and development stood out as significant employment growth drivers in the second half of 2019. In December the state unemployment rate fell to 2.8 percent.

Despite these encouraging developments, widespread concerns about the available labor supply persist. Unemployment rates by age, education, and ethnicity have fallen to levels not seen since the turn of the century. The state's labor force participation rate has been on the rise since 2018 and stood at just under 68 percent in December. This is over 4 percentage points higher than the national average. The last time Massachusetts experienced a labor force participation rate this high was in November 2003. This suggests labor markets are tighter here than elsewhere in the country.

At the same time, however, the unemployment rate for workers under 25 years of age remains high, hovering around 6 percent. The rate for individuals with less than a high school diploma is just under 8 percent, and both groups experienced a troubling uptick in their rate of unemployment during 2019. As our overall labor reserves are dwindling, skills mismatches represent a significant obstacle to employment for young workers and those with limited formal education and training. These conditions represent a clear impediment to state growth and economic opportunity for younger and less well-educated workers.

Global and political developments since our December meeting reinforce the Board's conviction that "uncertainty" will continue to be the watchword during 2020. The New Year started with a sharp escalation of tensions between the U.S. and Iran. On the domestic front, ongoing impeachment proceedings and the campaign for President are moving into high gear. Internationally, the world economy appears to be slowing and the International Monetary Fund recently downgraded its global outlook for the coming year. Ongoing geopolitical tensions in Eastern Europe and East Asia, as well as the emerging coronavirus epidemic in China, inject additional uncertainty into our assessment of the near-term outlook for the Commonwealth.

These developments, along with our recent history, remind us of the limitations of relying exclusively on economic forecasts for insight into the trajectory for the state economy in the coming year. While the most recent economic data are cause for some optimism, in light of the many downside risks that are beyond the control of state leaders, our optimism remains of the cautious variety.

This summary reflects the discussion of the members of the Editorial Board of MassBenchmarks at its meeting on December 20, 2019. It was prepared by Senior Managing Editor Dr. Mark Melnik and was reviewed and edited by the members of the Editorial Board. While discussion among the Board members was spirited and individual Board members hold a wide variety of views on current economic conditions, this summary reflects the consensus view of the Board regarding the current state of the Massachusetts economy.

Back
Home
Business GroupsEconomic & Public Policy ResearchMassBenchmarksExcerpts from the Board - February 04, 2020
Top of Page