The expansion of the Massachusetts economy continues but inequality and concerns about sustainability persist, declares MassBenchmarks Editorial Board 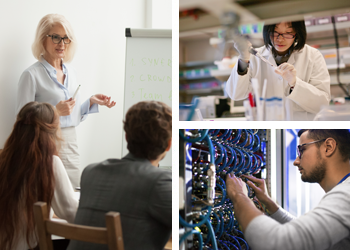 The expansion starting in August of 2009 is far advanced, but recent growth has been the fastest since the start of the recovery. Gross state product is growing robustly, and on a percentage basis state employment growth is very strong. Feeding this expansion is a robust growth of the state's labor force. Given the demographic profile of the state, with an older-than-national work force with a slow natural rate of growth, the expansion in the labor force experienced of late is puzzling. The members of the MassBenchmarks editorial board discussed all of these issues and others weighing on the economic outlook for the Commonwealth at its most recent meeting. In addition, editorial board member Dr. Paul Willen, a senior economist and policy advisor at the Federal Reserve Bank of Boston, presented some emerging findings from his ongoing investigation of the relationship between house prices and rents, and the underlying dynamics driving them nationally and regionally.

To date, in 2018 (through August), employment in Massachusetts has grown at an annualized rate of 1.9 percent, faster than normal for the state. In June alone, the BLS estimated over 21,000 jobs were added. Leading the employment growth is the "professional, scientific technical, and technical services" sector, followed by construction employment, employment in the information sector (primarily software), and the education and health sectors. In recent years, this journal has devoted considerable attention to the threat slowing labor force growth is expected to play in restraining future economic growth in Massachusetts. So where are the additional workers coming from? Labor force participation is rising, and that certainly helps. International immigration which has been a driving source of workforce growth for years seems to be holding steady. That leaves domestic migration, which for years has been net negative. While "hard data" on domestic migration will not be available for quite some time, it stands to reason that the fuel for the state's recent labor force growth is the movement of workers into the state from other states. This could entail people both moving in to live and work in the state, and an increase in workers commuting into the state.

The Board spent a good deal of time discussing housing conditions, with much of the discussion focused on the relationship between housing prices and rents led by Board Member and Boston Fed Economist Paul Willen who presented emerging findings from his ongoing research in this highly policy relevant area. In light of the serious housing affordability challenges facing the Bay State, this discussion was both thought provoking and especially timely.

Continuing a longstanding trend, the benefits of the robust economic growth the state has experienced of late have not been spread uniformly across the state. But even the rapidly growing Greater Boston region has not been spared this troubling trend of widening inequality — the City of Boston continues to experience some of largest income inequality of any major American city, according to the Brookings Institution. While all parts of the state have seen improvements, the gap between Greater Boston and the rest of the state remains large.

Given these conditions and the state's recent and substantial budget surpluses, the Board continues to strongly encourage state policymakers to take direct action to address the issues to exacerbate income inequality and constrain our future growth by making strategic investments in closing the achievement gap in our public schools, increasing access to high quality and affordable higher education, making long awaited improvements in our transportation infrastructure and public transit systems, and facilitating and accelerating the production of housing to a level sufficient to bring the cost of housing in line with household income.

This summary reflects the discussion of the members of the Editorial Board of MassBenchmarks at its meeting on September 28, 2018. It was prepared by Executive Editor Robert Nakosteen and was reviewed and edited by the members of the Editorial Board. While discussion among the Board members was spirited and individual Board members hold a wide variety of views on current economic conditions, this summary reflects the consensus view of the Board regarding the current state of the Massachusetts economy.

Back
Home
Business GroupsEconomic and Public Policy ResearchMassBenchmarksExcerpt from the Board - October 10, 2018
Top of Page