How long can the Commonwealth's economic expansion last? 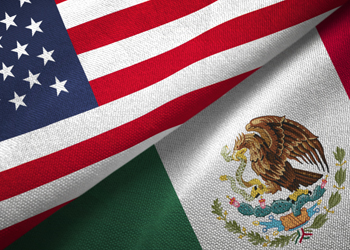 The Massachusetts economy has been mirroring the fast-growing national economy and is still growing respectably. However, the economy is also emitting signals that growth may slow because labor markets continue to be tight, global growth is decelerating, and ongoing policy uncertainties at the national level make it difficult for businesses to plan for the future, including decisions on investing in facilities and equipment. While there may be good news in the present, there is potentially bad news down the road.

At the moment, the growth of the state economy, as estimated by the MassBenchmarks Current Economic Index, continues unabated. Even the state's Gateway Cities have experienced a steady decline in their unemployment rates, a welcome sign that the benefits of a period of growth that is now in its tenth year are finally being felt outside of the Greater Boston region. It does appear that employment growth is slowing both regionally and nationally. In Massachusetts, the slowing job growth is at least in part the result of slowing growth in the labor force, which reflect longstanding demographic trends.

One major topic of discussion among Board members concerned the size of the available and underutilized labor force in the Commonwealth. One of the few potential sources of available workers are those who are not in the labor force but want a job and would take one if it were available; and those who are working part-time, but would prefer full-time work if they could find it. We estimate that both groups collectively represent approximately 250,000 Massachusetts workers. However, these potential workers may not have the skills and experience that are well aligned with the needs of the state's employers. In this context, federal policies that serve to limit international immigration are particularly unhelpful and poorly timed.

A considerable amount of policy uncertainty also weighs heavily over the state economic outlook. The Trump administration's trade policies are disrupting complex supply chains, including those utilized by Massachusetts businesses. Recent threats to impose tariffs on all Mexican imports to the U.S. highlight the economic stakes of protectionist trade policy for the Commonwealth. While much of the attention and concern associated with these policies has been directed, appropriately, to their impact on consumer prices, the state's trade with Mexico includes considerable "cross hauling." Computer and electronic products represent the largest fraction of trade flows with Mexico (58% of imports and 51% of exports), but the Commonwealth's trade portfolio with Mexico is highly diversified. 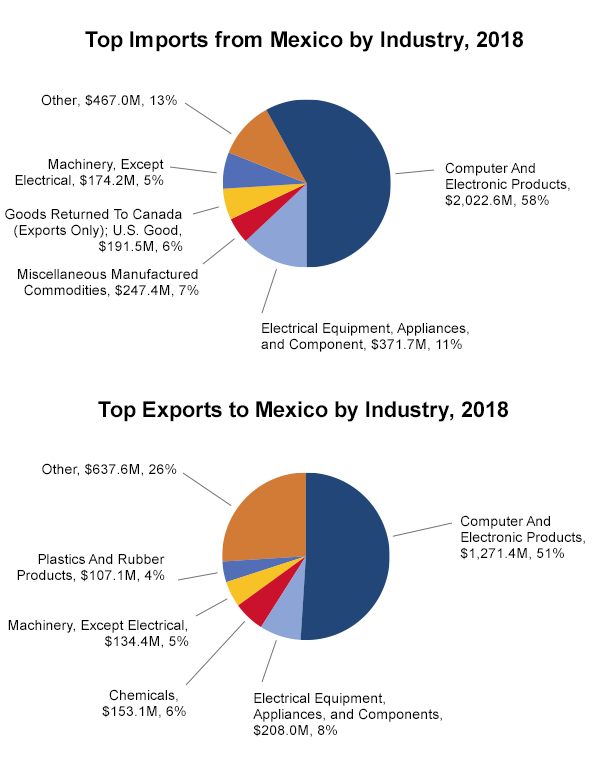 These trade data make it clear that our high-technology products, rely significantly, at intermediate stages of production, on components and other inputs that are sourced from Mexico and other international points of origin. Though total merchandise exports represent a small fraction of the state's economic output (less than five percent), the degree to which our high-technology businesses and advanced manufacturers depend on global supply chains highlights the vulnerability of our state's leading export sectors to the vagaries of current national policies on tariffs and trade.

All that said, for the moment at least, the Massachusetts economy looks very healthy. As the national and global economies slow, however, and state businesses find it increasingly difficult to find qualified workers, the question of how long the state's economic expansion can last looms.

This summary reflects the discussion of the members of the Editorial Board of MassBenchmarks at its meeting on June 7, 2019. It was prepared by Executive Editor Robert Nakosteen and was reviewed and edited by the members of the Editorial Board. While discussion among the Board members was spirited and individual Board members hold a wide variety of views on current economic conditions, this summary reflects the consensus view of the Board regarding the current state of the Massachusetts economy.

Back
Home
Business GroupsEconomic and Public Policy ResearchMassBenchmarksExcerpt from the Board - June 20, 2019
Top of Page