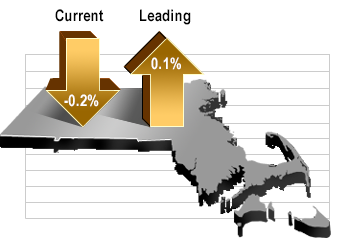 In the third quarter of 2019, Massachusetts real gross domestic product declined 0.2 percent according to MassBenchmarks, while U.S. real gross domestic product grew by 1.9 percent according to the U.S. Bureau of Economic Analysis (BEA). Based on the latest available data, the revised MassBenchmarks estimate of state growth in the second quarter was 1.0 percent, while the "final" BEA estimate for the nation was 2.0 percent. In the first quarter of this year, the BEA estimates for growth were 2.7 percent for Massachusetts and 3.1 percent for the U.S. The BEA will release its second quarter and third quarter estimates for Massachusetts on November 7th and on January 10, 2020 respectively.

The modest contraction in state economic activity in the third quarter does not appear to indicate the beginning of a recession, but rather reflects capacity limits that the state is bumping up against. These include the barriers to labor force growth presented by an aging population as the departure of baby boomers from the regional workforce continues. The underlying data on which these estimates are based can be statistically volatile, therefore it is important to note that a single quarter's estimate does not imply a trend or a permanent reversal of fortune. Notably, estimates of the state's economic growth have also dipped into negative territory on two occasions in recent years — specifically during the first and fourth quarters of 2016. Despite these warning signals, the state economy managed to grow by 1.7 percent that year and 2.2 percent in 2017.

"State economic growth is slowing as the aging of the workforce exerts a drag on our growth, and since Massachusetts has an older population than the nation, the drag is greater here," noted Alan Clayton-Matthews, MassBenchmarks Senior Contributing Editor and Associate Professor of Economics and Public Policy at Northeastern University, who compiles and analyzes the Current and Leading Indexes.

October 30, 2019
---------
MassBenchmarks is published by the University of Massachusetts Donahue Institute in cooperation with the Federal Reserve Bank of Boston. The Donahue Institute is the public service, outreach, and economic development unit of the University of Massachusetts Office of the President. The Current and Leading Indexes are compiled and analyzed by Dr. Alan Clayton-Matthews, Associate Professor of Economics and Public Policy at Northeastern University and released quarterly by MassBenchmarks.