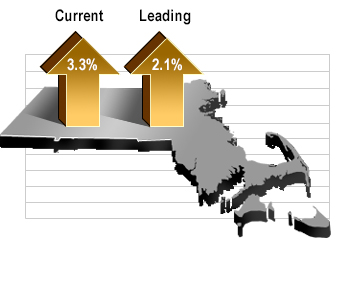 The Massachusetts and U.S. economies grew at very similar rates in the third quarter, both at a notably slower pace than the prior quarter, yet faster than the average annual growth in 2017. In 2017, the Massachusetts economy grew 2.6 percent while the U.S. grew 2.2 percent. Taken at face value, it appears that the state had very strong job growth and falling wage and salary income during the third quarter, but this interpretation lacks important context. Massachusetts payroll employment levels grew at an estimated 2.4 percent annual rate in the third quarter, led by a reported surge in job creation in June, when an estimated 21,600 jobs were created. Only 2,100 net new jobs were added between June and September, with employment reportedly declining by an estimated 6,200 in September, due to a loss of 9,100 jobs in leisure and hospitality. Does this mean that job growth has actually slowed substantially? Not necessarily, because the survey results for leisure and hospitality are especially prone to sampling error. The truth about job growth probably lies between the strength suggested by the quarterly growth and the weakness of the last few months. The wide divergence in the amount and pace of job growth in June and September may reflect as much statistical noise and sampling error as underlying change in state labor market conditions.

"The magnitudes of these labor force growth estimates are too large to be credible. However, they appear to point to unexpected underlying strength in the state labor force," noted Alan Clayton-Matthews, MassBenchmarks Senior Contributing Editor and Associate Professor of Economics and Public Policy at Northeastern University, who compiles and analyzes the Current Index. "It is difficult to reconcile the steady and strong job growth in some knowledge-based sectors such as professional, scientific, and technical services — which have grown 6.5 percent since September of last year — with state demographics unless one assumes that the Commonwealth is attracting skilled workers who are relocating or commuting from outside the state," Clayton Matthews added.

MassBenchmarks is published by the University of Massachusetts Donahue Institute in cooperation with the Federal Reserve Bank of Boston. The Donahue Institute is the public service, outreach, and economic development unit of the University of Massachusetts Office of the President. The Current and Leading Indexes are compiled and analyzed by Dr. Alan Clayton-Matthews, Associate Professor of Economics and Public Policy at Northeastern University and are released quarterly by MassBenchmarks.