COVID-19 Update: The UMass Donahue Institute is currently operating normally and institute staff are working virtually from home at this time. If you wish to call the institute, phone (413) 545-0001. Please see this message to learn more about what we are doing in response to the pandemic. 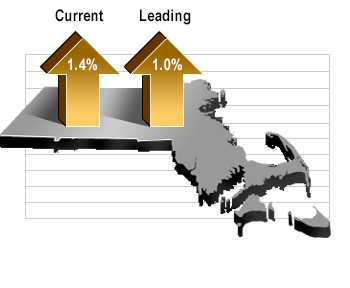 The Massachusetts economy is at full employment with little capacity for labor force and employment growth. The demographic constraints of an aging population are increasingly slowing the state's growth potential. This can be seen in the consistent deceleration in employment growth over the last several years. State payroll employment between 2012 and 2016 grew between 1.7 percent and 2.0 percent each year. Employment growth slowed to 1.3 percent in 2017 and 0.9 percent in 2018. Massachusetts gross state product had been growing in step with U.S. gross domestic product growth throughout our decade-long expansion, but the pace of state economic growth has begun to lag that of the nation over the past year. These same demographic constraints are also slowing the growth of the nation, but to a lesser extent than is the case in Massachusetts.

The state's unemployment rate stood at 3.0 percent in June 2019, well below that of the U.S. unemployment rate of 3.7 percent. The Massachusetts unemployment rate is approaching its all-time low of 2.6 percent that the state recorded at the height of the "Dot-Com" bubble in 2000 and matches the low rate the state achieved near the end of the so-called "Massachusetts Miracle" period in 1987. The broader U-6 unemployment rate was 6.5 percent in Massachusetts in June versus 7.2 percent for the U.S. These rates are as low as they have been in 18 years and would be lower still in Massachusetts were it not for the relatively large number of Bay State workers—about 100,000—who would prefer full-time work but are only able to obtain part-time employment. In 2007, prior to the onset of the "Great Recession”, the number of such workers was about 75,000, suggesting a very modest amount of slack remains in the state labor force.

Massachusetts economic growth is expected to be slow in the second half of this year. The leading index is projecting growth of 1.5 percent in the third quarter and 1.0 percent in the fourth quarter. Does this slower projected growth portend the end of our long expansion? "There are major downside risks to the state, national and global economic outlook including Brexit, the ongoing ‘trade war', slowing global economic growth, and rising global geopolitical tensions,"noted Alan Clayton-Matthews, MassBenchmarks Senior Contributing Editor and Associate Professor of Economics and Public Policy at Northeastern University, who compiles and analyzes the Current and Leading Indexes.

"Both the Conference Board's national consumer confidence index and state's Associated Industries of Massachusetts business confidence index have been trending down over the past year, reflecting weakening expectations and rising policy and geopolitical uncertainty," Clayton-Matthews added.

These downside risks, along with what is expected to be a lower trend rate of economic growth due to demographic constraints, expose the state and the nation to the risk that a moderate downside shock (or series of shocks) could either tip the scale towards an economic downturn or continue to limit the pace of growth of the state and nation in coming quarters.

July 26, 2019
---------
MassBenchmarks is published by the University of Massachusetts Donahue Institute in cooperation with the Federal Reserve Bank of Boston. The Donahue Institute is the public service, outreach, and economic development unit of the University of Massachusetts Office of the President. The Current and Leading Indexes are compiled and analyzed by Dr. Alan Clayton-Matthews, Associate Professor of Economics and Public Policy at Northeastern University and released quarterly by MassBenchmarks.