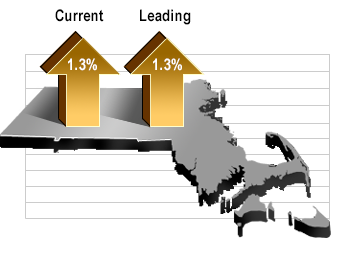 In the fourth quarter of 2019, Massachusetts real gross domestic product (GDP) expanded at a 1.3 percent annualized rate according to MassBenchmarks, the journal of the Massachusetts economy published by the UMass Donahue Institute in collaboration with the Federal Reserve Bank of Boston. Earlier today, the U.S. Bureau of Economic Analysis (BEA) reported that U.S. real gross domestic product grew at a 2.1 percent annual rate. Based on the latest data, the BEA estimated that Massachusetts GDP grew by 2.2 percent in the third quarter, significantly faster than MassBenchmarks' initial estimate in October of a decline of 0.2 percent. U.S. GDP grew by 2.1 percent in the third quarter of 2019 according to the BEA.

Despite the slowing pace of state growth in the last three months of the year, major economic indicators for Massachusetts signal solid economic performance. In the 4th quarter, on an annualized basis, payroll employment grew by 1.5 percent, the unemployment rate fell slightly to 2.8 percent, wage and salary income growth as estimated by withholding taxes grew by 13.8 percent and spending on items subject to the regular sales and motor vehicle taxes grew by 14.5 percent.

However, these indicators may be signaling a rosier picture of recent economic performance than is warranted. The tax revenue figures, on which our income and spending estimates are based in part, reflect volatility due to the timing of when revenues are received. In the 3rd quarter of 2019, the withholding tax base fell by 4.3 percent while the sales tax base fell by 4.4 percent. This suggests the apparent strength in the fourth quarter likely, at least in part, reflected tax receipts that "spilled over" from the third quarter. The MassBenchmarks estimate of state GDP growth "smooths" tax revenues and the other economic indicators — payroll employment and the unemployment rate — in order to account for volatility in the underlying data. This accounts for an economic growth estimate in the fourth quarter that is slower than the headline economic indicators would otherwise suggest.

There are constraints slowing the underlying rate of state employment growth. One factor is the very low unemployment rate, which at 2.8 percent in December is very near the record low of 2.6 percent recorded in 2000. Even the broader U-6 unemployment rate measure — that counts involuntary part-time workers and those marginally attached to the labor force as unemployed — was 5.4 percent in December, well below its pre-recession level of 2007. This severely constrains the ability of employers to add new workers to their payrolls.

"Another factor serving to limit the growth capacity of the Commonwealth is the recent and sharp reduction in population growth due to a steep drop in immigration," noted Alan Clayton-Matthews, MassBenchmarks Senior Contributing Editor and Associate Professor of Economics and Public Policy at Northeastern University, who compiles and analyzes the Current and Leading Indexes. Between 2017 and 2019, the Census Bureau estimates that net international migration into Massachusetts fell from nearly 50,000 in 2017 to under 30,000 in 2019. Consequently, overall population growth fell from 0.53 percent in 2017 to 0.14 percent in 2019. "Slower growth in the population means slower growth of our labor force which limits the potential for employment growth in the Commonwealth," Clayton Matthews added.

The MassBenchmarks Leading Index is projecting slow growth to continue into the first half of this year, with Massachusetts GDP rising at a rate of 1.3 percent in the first and second quarters of 2020.

---------
MassBenchmarks is published by the University of Massachusetts Donahue Institute in cooperation with the Federal Reserve Bank of Boston. The Donahue Institute is the public service, outreach, and economic development unit of the University of Massachusetts Office of the President. The Current and Leading Indexes are compiled and analyzed by Dr. Alan Clayton-Matthews, Associate Professor of Economics and Public Policy at Northeastern University and released quarterly by MassBenchmarks.