The Massachusetts economy ended the year on a high note, UMass journal reports 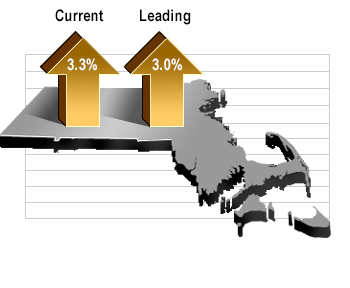 Massachusetts real gross domestic product grew at an annual rate of 3.3 percent in the fourth quarter of 2017 according to the MassBenchmarks Current Economic Index, released today by MassBenchmarks, the journal of the Massachusetts economy published by the UMass Donahue Institute in collaboration with the Federal Reserve Bank of Boston. All growth rates in this release are seasonally-adjusted annualized rates of growth. Nationally, real gross domestic product grew 2.6 percent during the same period according to the U.S. Bureau of Economic Analysis (BEA).

The BEA estimated that the Massachusetts economy grew 4.3 percent in the first quarter, 2.0 percent in the second quarter, and 3.8 percent in the third quarter. Their estimates for U.S. growth in the corresponding quarters were 1.2 percent, 3.1 percent and 3.2 percent respectively.

The labor market continued to improve in both the state and the nation, with the unemployment rate falling in Massachusetts from 3.9 percent in September to 3.5 percent in December. The U.S. unemployment rate fell from 4.2 percent to 4.1 percent during the same period. "The broader U-6 measure of unemployment — which includes those working part-time but want full-time work, as well as those who are marginally attached to the labor force — is back to pre-recession levels for both the state and the nation, 7.0 percent for Massachusetts and 8.1 percent for the U.S.," noted Alan Clayton-Matthews, MassBenchmarks Senior Contributing Editor and Associate Professor of Economics and Public Policy at Northeastern University, who compiles and analyzes the Current and Leading Indexes. "There is very little slack left in the labor market, and it will be difficult for the state to continue adding jobs this year at the pace experienced in 2017" Clayton-Matthews added. In addition to the limited number of job seekers reflected by the low unemployment rate, labor force growth is expected to slow sharply from 2017 as baby boomers retire in greater numbers.

Spending in Massachusetts, as measured by regular sales tax receipts and motor vehicle sales taxes, bounced back strongly in the fourth quarter, rising by 12.1 percent after falling by 3.8 percent in the third quarter. This measure of spending was up by 4.3 percent year over year (Q4 2016 to Q4 2017).

The state's economy is expected to grow at a moderate pace in the first half of 2018. The MassBenchmarks Leading Economic Index is projecting real state product growth of 2.8 percent in the first quarter and 3.0 percent in the second quarter of this year.