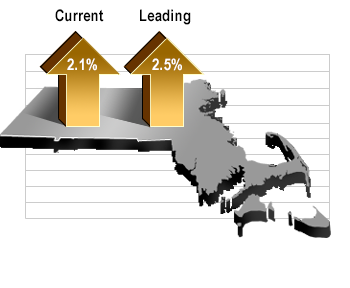 In the fourth quarter of 2018, Massachusetts real gross domestic product grew 2.1 percent according to MassBenchmarks. Due to the recent and extended shutdown of the federal government, the U.S. Bureau of Economic Analysis estimate of national economic performance in the final quarter of 2018 has been delayed. Independent forecasters estimate that U.S. real gross domestic product grew between 2.6 and 2.7 percent, according to recent estimates by a Wall Street Journal survey of economists and by the New York and Atlanta Federal Reserve Banks' "Nowcasts." The release date for the official advance estimate of national Gross Domestic Product has not yet been determined.

The Massachusetts economy remains strong and is operating at near full capacity. Most of the slack in the labor market has been wrung out by steady job growth during the long expansion that began in the summer of 2009. At 3.3 percent in December, the state unemployment rate is near the lows seen during the cyclical peaks of the so-called dot.com boom in 2000 and the "Massachusetts Miracle" in 1987.

"The demographics of an aging population suggest that annual labor force growth may slow to half a percentage point going forward," noted Alan Clayton-Matthews, MassBenchmarks Senior Contributing Editor and Associate Professor of Economics and Public Policy at Northeastern University, who compiles and analyzes the Current and Leading Indexes. "It appears that increasing the hours of part-time workers and attracting in-migrants remain potential sources of future labor supply, but the potential size of these increases is relatively small," he added.

"There are still 25,000 more part-time workers who would like to work full-time than prior to the last recession. The population estimates for July 2018 recently released by the Census Bureau show a modest increase in net migration of 2,400 from 2017, led by increases in net international migration. These potential increases to labor input are not large enough to significantly offset the demographic constraints on growth," Clayton-Matthews concluded.

Spending in Massachusetts, estimated from regular sales tax receipts and motor vehicle sales, continued to grow at a healthy pace in the fourth quarter, rising by an annual rate of 5.9 percent. Year-over-year, such spending was 7.3 percent higher than in the fourth quarter of 2017.

Massachusetts economic growth is expected to pick up slightly in the first and second quarters of this year, with growth projected to be 2.7 percent in the first quarter and 2.5 percent in the second quarter. This is below the average growth for last year of 3.1 percent and reflects continuing demographic constraints on labor force growth, a waning of the fiscal stimulus spurred by the Tax Cuts and Jobs Act, and the expected rise in interest rates.

MassBenchmarks is published by the University of Massachusetts Donahue Institute in cooperation with the Federal Reserve Bank of Boston. The Donahue Institute is the public service, outreach, and economic development unit of the University of Massachusetts Office of the President. The Current and Leading Indexes are compiled and analyzed by Dr. Alan Clayton-Matthews, Associate Professor of Economics and Public Policy at Northeastern University and are released quarterly by MassBenchmarks.