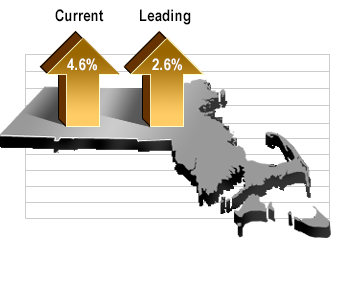 According to the U.S. Bureau of Labor Statistics, more jobs were added in Massachusetts in the first three months of this year than in the entirety of last year — employment grew by an estimated 24,100 in the first three months of 2019 as compared to an estimated 20,000 in 2018. Employment estimates for the last two quarters are based on a sample of employers and therefore may be subject to error. In the first nine months of 2018, job estimates are based on a census of employers and are more reliable. Since there is no apparent basis for an acceleration in job gains in the first quarter, it is very possible that actual job growth in the first quarter was not as strong as initial reports suggest.

Further, the strong Massachusetts earnings growth estimated for the first quarter is based on withholding tax revenues which can be volatile. First quarter estimates, in particular, can be influenced by the magnitude of bonuses earned for performance in the prior year. Accordingly, it is likely wage and salary income growth during the first quarter is smaller than that implied by the robust growth in withholding tax revenues, potentially much smaller.

"One thing is clear, the economy, especially in Massachusetts, is operating at or near full employment," noted Alan Clayton-Matthews, MassBenchmarks Senior Contributing Editor and Associate Professor of Economics and Public Policy at Northeastern University, who compiles and analyzes the Current and Leading Indexes. "The state's unemployment rate stood at 3.0 percent in March and is near the all-time low of 2.6 percent recorded at the height of the ‘Dot-Com' bubble in 2000,” he added. Statewide, initial unemployment claims are at all-time historical lows (the data go back to January 1973).

In March, the broader U-6 unemployment rate, which includes discouraged and marginally attached workers (including those working part-time involuntarily), stood at 6.5 percent in Massachusetts and 7.3 percent nationally. This is below pre-recession levels for both the state and the nation. About the only indication of slack in the state labor market is that there are still 25,000 more part-time workers in Massachusetts who would like to work full-time than prior to the Great Recession.

State economic growth is expected to be modest through September. The MassBenchmarks Leading index is projecting a growth rate of 3.2 percent in the second quarter and 2.6 percent in the third quarter of 2019.

April 26, 2019
---------
MassBenchmarks is published by the University of Massachusetts Donahue Institute in cooperation with the Federal Reserve Bank of Boston. The Donahue Institute is the public service, outreach, and economic development unit of the University of Massachusetts Office of the President. The Current and Leading Indexes are compiled and analyzed by Dr. Alan Clayton-Matthews, Associate Professor of Economics and Public Policy at Northeastern University and released quarterly by MassBenchmarks.