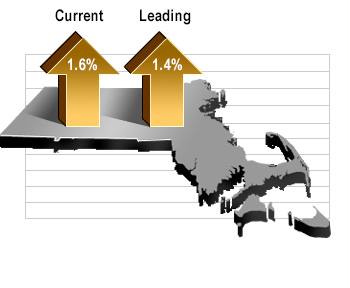 The Massachusetts economy is now operating at virtually full capacity, but its growth is slowing due to demographic constraints on the labor force. This demographic-induced slowdown has been on the horizon for years and it now appears to be directly restraining state growth in employment and economic activity. Since the expansion began in mid-2009, the state has been consistently keeping pace or growing faster the nation. But with an older workforce than the nation, Massachusetts appears to be entering a phase where it experiences slower growth than the U.S. for the foreseeable future.

Low unemployment rates in an expanding economy signal that the slowing pace of job growth is due to a shortage of workers rather than a decrease in employer demand. The unemployment rate of Massachusetts residents remained at a near historic low of 3.5 percent in March, with no change from December of last year. The state's lower unemployment rate reflects its relatively more highly educated workforce. Both state and national unemployment rates are well below pre-recession levels and have been for some time.

The much broader U-6 measure of unemployment reached pre-recession levels for both the state and the nation in March (7.1 and 8.0 percent respectively). Pockets of underemployment remain that appear to be related to a shift in the labor market towards more part-time schedules in some sectors. The U-6 measure includes a count of the number of persons who are working part time for "economic reasons", meaning that they would prefer full-time work. Approximately 100,000 Massachusetts workers currently find themselves in this situation, which is about 1/3 higher than pre-recession levels.

"Retiring baby boomers will continue to dampen labor force growth this year and throughout the next decade unless the Commonwealth is able to attract young workers from across the country and the world," noted Alan Clayton-Matthews, MassBenchmarks Senior Contributing Editor and Associate Professor of Economics and Public Policy at Northeastern University, who compiles and analyzes the Current and Leading Indexes. "The continuous employment growth Massachusetts has been experiencing suggests that this may be happening already," Clayton-Matthews added.

Although total Massachusetts job growth in the last 12 months (from March 2017 to March 2018) slowed to 1.2 percent, employers in technology and knowledge-based sectors were still able to expand their payrolls at a robust pace. For example, employment in the professional, scientific, and technical services sector — which includes scientific research and development, engineering, computer systems, and consulting — grew 4.2 percent during the same period.

Construction also continued to boom, adding 7.7 percent to its job count over the past year. It is likely that many of these new jobs were filled by people who either migrated to the state or stayed in the state after moving here to go to college. The incomes in these new and well-paid jobs can be expected to generate demand for jobs in all sectors, many of them in less well-paid service jobs. The challenge for Massachusetts going forward will be to address the housing, transportation, and infrastructure constraints that make it more difficult for the workers who will be needed to fill these position to relocate to the state and meet the needs of growing employers. While this challenge is not new, the price of inaction is high and rising.