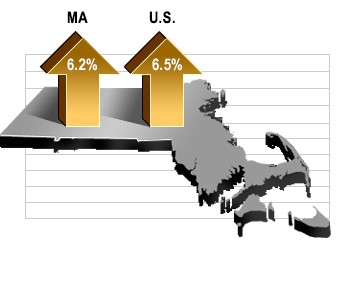 "This strong economic performance in both the state and the nation reflects the strong demand spurred by the American Rescue Plan, both for spending by consumers and hiring by employers, an expansionary monetary policy, and the opening of the economy aided by vaccinations," noted Alan Clayton-Matthews, MassBenchmarks' Senior Contributing Editor and Professor Emeritus of Economics and Public Policy at Northeastern University, who compiles and analyzes the Current and Leading Indexes. "Economic growth is expected to remain strong in the second half of the year, but there is a risk that rising COVID-19 Delta variant cases could slow the recovery," Clayton-Matthews added.