The Institute worked directly with the Massachusetts Gaming Commission (MGC) and Plainridge Park Casino (PPC) to determine the economic footprint of PPC’s operations.

The UMass Donahue Institute released an analysis of the impacts from Plainridge Park Casino’s first year of operation.

The Institute worked directly with the Massachusetts Gaming Commission (MGC) and Plainridge Park Casino (PPC) to determine the economic footprint of PPC’s operations, including employment, wages, vendor spending, and fiscal impacts from taxes and other assessments paid to government. Researchers also analyzed how shifts in patron spending as a result of gaming expansion affected the state. 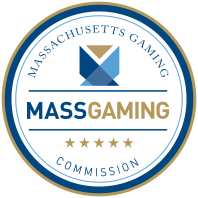 The economic impacts of a new casino opening in Massachusetts are not limited to the impacts of employees spending new wages in their communities. The casino also purchases goods and services from other firms and state and local governments collect taxes and other assessments from the casino, allowing them to spend more than they would otherwise have been able to. Alternately and as with any new attraction, some of PPC’s revenue is coming from consumers who previously spent their money at other Massachusetts businesses, and those businesses will be affected by the loss of support.

MGC Chairman Steve Crosby said, “The principal motivation for the Legislature in crafting the Gaming Law was to recapture the approximately one billion spent annually by Massachusetts residents at out-of-state casinos. This report demonstrates emphatically that we are in the process of accomplishing that important objective. ”

“It is exciting to see information beginning to emerge from the operational phase of the SEIGMA [Social and Economic Impacts of Gambling in Massachusetts] study. Going forward, this data will provide an ongoing assessment of how conditions change during the early years of casino operations,” said Rachel Volberg, Principal Investigator of the SEIGMA group.

“As a result of the Commonwealth’s forward-looking gaming legislation, EPPR [Economic & Public Policy Research] and the SEIGMA team have been able to pursue an ambitious and first-of-its-kind study on the operations of casinos in Massachusetts, of which PPC is only the first part. By coupling detailed data from the casino and an extensive survey of its patrons, we have been able to provide a clearer picture of the economic role of a casino than ever before,” said Mark Melnik, Director of UMass Donahue Institute’s EPPR group.

The UMass Donahue Institute is a member of the Social and Economic Impacts of Gambling in Massachusetts (SEIGMA) project team that has been charged with carrying out the research agenda of the Massachusetts Gaming Commission.