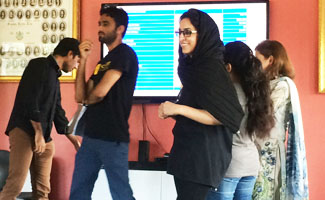 The Balochistan University Partnership for summer 2017, run by the UMass Civic Initiative group at the Institute, came to a close on the UMass Amherst campus recently. The 15 business school students, from three Pakistan universities, have been studying entrepreneurship at UMass Amherst.

The program’s final event was the final presentation of their business startup competition. Several weeks ago, the students were split in three groups, with each group tasked with creating a business. Each group then discussed, developed and implemented a business plan with startup funds of $100 each. For the next several weeks the groups competed against each to make the most money with their startup ideas. 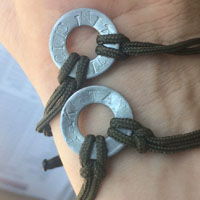 Earlier this summer, a group of faculty from the same universities took part in a five-week program focused on the pedagogy of teaching entrepreneurship with the goal of implementing this pedagogy in their home universities.

The UMass Civic Initiative has also hosted other summer programs with participants from Argentina, Iraq and many other countries. A fall program of 20 young leaders from southeast Asia will start in September. A 2016 article on the southeast Asian program can be found here.