In the first year of a three-year program, a group of entrepreneurially-minded college students from Algeria, Egypt, Jordan, Morocco and Tunisia lived on the UMass Amherst while attending classes and experiencing a wide array of cultural events. The program was funded by the U.S. Department of State, administered by Meridian International and run by the UMass Civic Initiative, a group of the UMass Donahue Institute.

The group attended numerous academic sessions that included presentations and discussions on business development and pitch development. They complemented this coursework with hands-on visits to local businesses including internationally-known Yankee Candle in South Deerfield, MA. The academic portion culminated in a startup business competition between small groups. Each group was given $100 in startup capital and then worked on their business idea and eventually generated income by marketing their businesses at the Amherst Farmer’s Market. 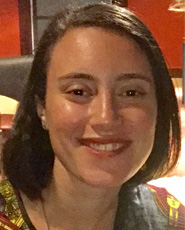 “Being in Amherst, living this life, meeting these people, interacting with the American society, literally each single moment was shaping my own experience, I didn’t feel that I was a foreigner even for one second,” said Rony, 20, from Alexandria, Egypt. “From the first day everyone was smiling, all the people were welcoming, helping & supporting. If I’m going to live in any other community outside mine, for sure it’s going to be Amherst.” 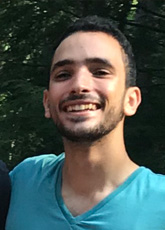 "I have learned that you can succeed and do amazing achievements, nearly with no resources at all,” said Kais, 22, from Tunis, Tunisia. “It is all about doing the first step, and no matter what the idea is, you will make everything possible to succeed. It is the lesson I have learned from the $100 startup exercise, and from the fact that we sold candles and we still made a lot of profit, even though we had no prior idea of the field.”

The academic and workshop sessions were complemented by educational travel that allows participants to broaden their understanding of entrepreneurship and economic development across the United States. This included a three-day trip to Detroit, Michigan where they met Arab American entrepreneurs and learned how entrepreneurship is helping rebuilding the city. They also traveled to Boston, New York City and Washington, DC.

In DC, two of the startup groups pitched their businesses at a showcase event hosted by the U.S. Department of State. The entire group was also told about mini-grant opportunities ($1,000) for seed funding to implement community action projects.

Similar programs were run this summer in Reno, New York, Seattle, and Philadelphia.