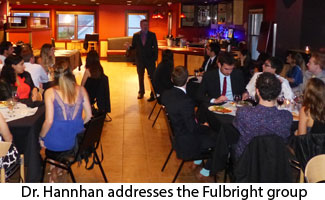 Every summer for the last several years the UMass Civic Initiative, a business group of the Institute, has hosted a group of young professionals for several weeks at the UMass Amherst campus. The participants in the Argentina Fulbright program are here to not only take seminars and attend other discussions on the topics of political science and public policy but also to engage in cultural exchange.

At the welcoming ceremony in Amherst on June 1st, Civic Initiative Director Mike Hannahan discussed the parallels between the recent elections that occurred in Argentina and the current election year in the US.

"I hope we can learn from each other. The discussions and arguments that we'll have will stick with us,” said Hannahan. “While we are together, we will debate, discuss and even disagree but it’s this discourse that is a privilege we shouldn’t take for granted.” 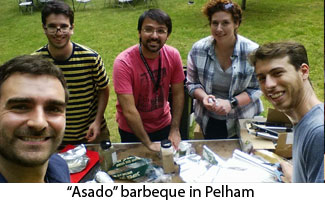 Later in the week the group organized a traditional Argentinian “asado” (barbeque) at the home of a local resident.