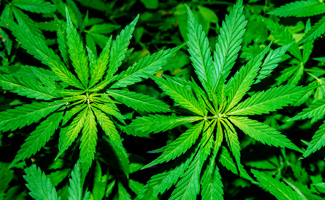 Senior research analyst Thomas Peake, from the Economic & Public Policy Research group, talked about the industry and where there are sign of it peaking and possibly contracting after it's launch in late 2018.

Thomas Peake, a senior research analyst in economic and public policy at the Donahue Institute at UMass Amherst, said that before legalization, marijuana was only available through illegal means, and that allowing stores to open has created jobs and tax revenue. In the early days following legalization, Peake said customers traveled from outside to Massachusetts to visit the dispensaries, which added to the financial benefits.

Peake also has spent time researching the casino industry, and said the rise of marijuana stores has followed a similar course. Before the opening of Massachusetts casinos such as Plainridge Park and Encore Boston, Peake said the money was going out of state.

“We see some parallels here,” Peake said. “Money being spent in state that might not have been otherwise.”